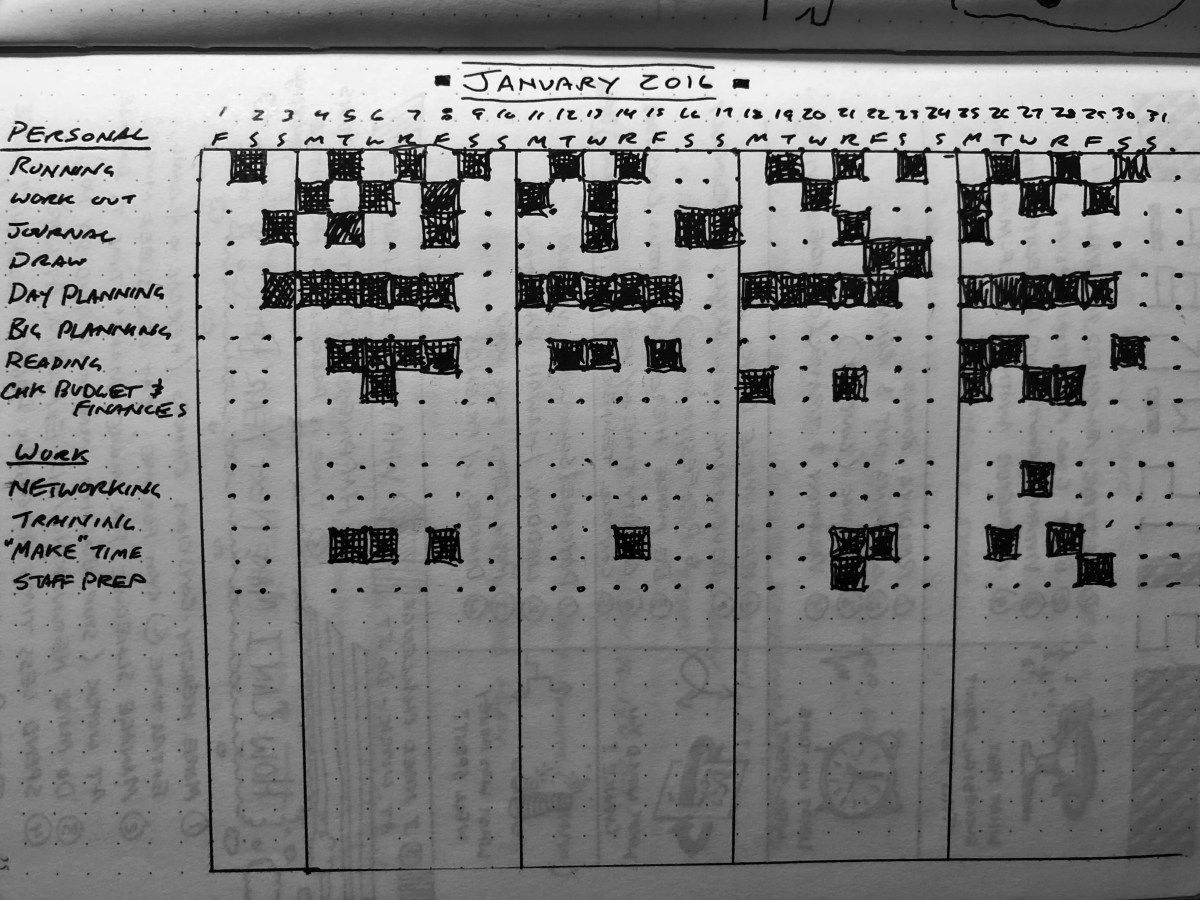 Although I write and think a lot about habits, I hadn’t read Atomic Habits by James Clear until very recently. It had been on my reading list for a while, and I finally got around to it and finished it last week. I’m working on a habit change experiment with my physical health this month and so the thoughts involving habits were all the more relevant to me. Here is what jumped out at me.

The book is structured around the following four laws of behavior change:

“Any habit can be broken down into a feedback loop that involves four steps: cue, craving, response, and reward. The Four Laws of Behavior Change are a simple set of rules we can use to build better habits. They are (1) make it obvious, (2) make it attractive, (3) make it easy, and (4) make it satisfying.” (James Clear, Atomic Habits)

Here is a good summary of the general concepts behind each law:

It seems straightforward but obviously hard to do in practice. There are a lot of good examples throughout the book that are worth contemplating. I’ve previously wrote about wearing a helmet and faking it as ways to conquer fear, but they can also firmly be a tool in the “make it easy” column. Also, you can make something easier by lowering the bar to get the habit in-place, like just spending thirty minutes or much less, just to get the needed reps in.

One useful tip in building a new habit is the idea of “habit stacking”, as described here:

“When it comes to building new habits, you can use the connectedness of behavior to your advantage. One of the best ways to build a new habit is to identify a current habit you already do each day and then stack your new behavior on top. This is called habit stacking. Habit stacking is a special form of an implementation intention. Rather than pairing your new habit with a particular time and location, you pair it with a current habit. This method, which was created by BJ Fogg as part of his Tiny Habits program, can be used to design an obvious cue for nearly any habit.15 fn2 The habit stacking formula is: “After [CURRENT HABIT], I will [NEW HABIT].”” (James Clear, Atomic Habits)

To add to that is the idea of “temptation bundling”:

“Temptation bundling is one way to apply a psychology theory known as Premack’s Principle. Named after the work of professor David Premack, the principle states that “more probable behaviors will reinforce less probable behaviors.”23 In other words, even if you don’t really want to process overdue work emails, you’ll become conditioned to do it if it means you get to do something you really want to do along the way. You can even combine temptation bundling with the habit stacking strategy we discussed in Chapter 5 to create a set of rules to guide your behavior. The habit stacking + temptation bundling formula is: After [CURRENT HABIT], I will [HABIT I NEED]. After [HABIT I NEED], I will [HABIT I WANT].” (James Clear, Atomic Habits)

The key with much of this is noticing the transitions, being specific with what you are going to do and when, and making the decisions beforehand – before you are tired or distracted.

The greatest threat to success is not failure but boredom.

An overall idea that sticks with me is the idea of habits defining your identity and vice versa. This identity definition can, should, and will change as you do.

“On any given day, you may struggle with your habits because you’re too busy or too tired or too overwhelmed or hundreds of other reasons. Over the long run, however, the real reason you fail to stick with habits is that your self-image gets in the way. This is why you can’t get too attached to one version of your identity. Progress requires unlearning. Becoming the best version of yourself requires you to continuously edit your beliefs, and to upgrade and expand your identity.” (James Clear, Atomic Habits)

Perhaps most important is to keep in mind the following when attempting to change a behavior or start anything new and/or hard:

“The good news is that you don’t need to be perfect. In any election, there are going to be votes for both sides. You don’t need a unanimous vote to win an election; you just need a majority. It doesn’t matter if you cast a few votes for a bad behavior or an unproductive habit. Your goal is simply to win the majority of the time.” (James Clear, Atomic Habits)

One response to “Atomic habits”