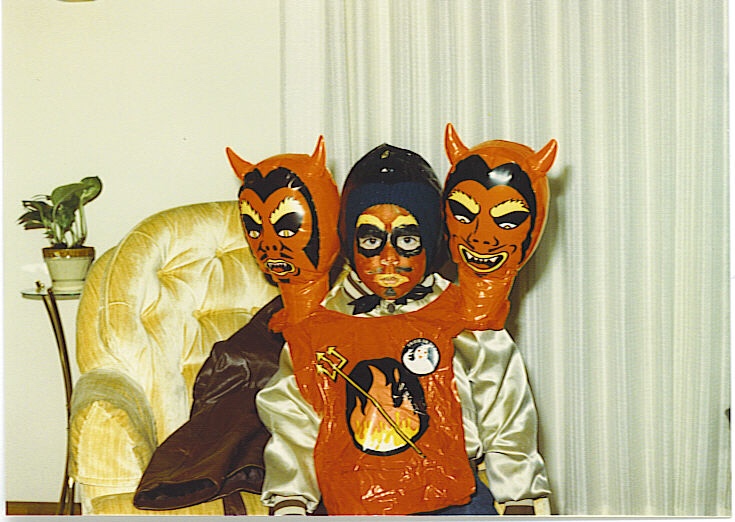 Fake it and make it

We’re dressing up here for Halloween, regardless of whether we can actually go trick-or-treating. Even though we aren’t going to be able to be on display for the neighborhood this year, it’s funny to think about what the act of dressing up does: it gives you permission. All of the sudden you can act in a different way and it’s ok.

I previously mentioned that you should get a helmet. Using props, dressing up, pretending for a moment to be something else, all of these are good tools you can use to trick your brain into forgetting the fear of failure and ridicule just enough so that you can act.

On those same lines, some of the best advice I have been given and can give to anyone looking to do a new thing is to start doing it now. Don’t wait for someone to give you the job, show you all there is to know, or tell you that you are ready. Fake it until you make it.

There have actually been studies done about how effective a “fake it till you make it” approach is. One of the most telling examples examines the “As If Principle,” which says that if you act “as if” you feel a certain way, you’ll start to actually feel that way.

The study was done among two groups of speed daters. One group was told to treat their partner “as if” they were already romantically involved with them, even though they’d just met. The other group was told to act like they typically would on a first date (i.e. more reserved). At the end of the study, the “faking it” group felt more attached to their partners and expressed more interest in seeing them again.

In short, fake feelings can lead to actual feelings. You can, in fact, “fake it till you make it.” –

Getting the courage to do something without knowing about it or having permission can feel a lot like acting, and that’s ok! It’s actually the point. In a recent podcast with Debbie Millman, Claire Daines talked about how much she enjoyed playing the strong, take-no-prisoners, do-whatever-she-feels-like female lead in the series Homeland and said it was so refreshing because “we never get to be that way in real life.” You can take this same approach.

I recently completed some video training from BetterOn.video, and a big part of that training is getting you out of your comfort zone through pretend. Try delivering your lines with different emotions. Act like you are surprised while talking. Act like you are grateful. It’s just pretend, so no big deal. Turns out you find out a lot of useful things this way (I found that me pretending to be surprised caused me to be more emotive and alive in my videos).

Most people don’t even reach the stage of making something they’re embarrassed by, let alone continue past it. They’re too frightened even to start.

Pretending gives you permission to push through embarrassment so that you can act, and acting gives you practice. Stick with it long enough, and you won’t be pretending anymore.