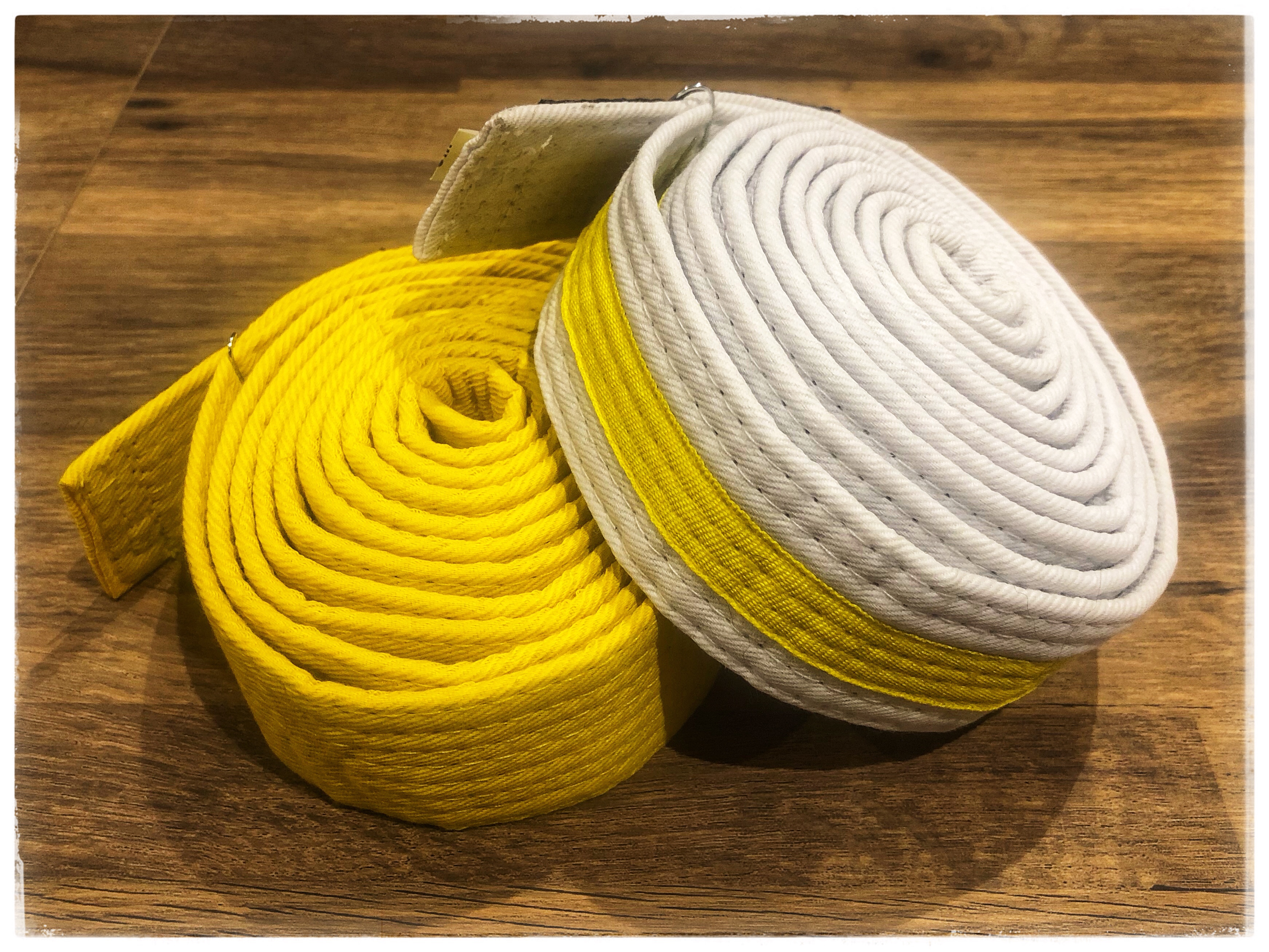 “How do those guys kick over their heads?” Sam asked me.

He didn’t think he could do it but he surprised himself, easily kicking his foot over his head.

After a year of attending Taekwondo classes and practicing the martial art for an hour a week, Sam and I completed our first grading and earned new belts last weekend at our first official grading.

I think it’s fair to say that we’ve both been surprised at how far we’ve come.

The 9th Geup rank are composed of newer students who have very basic knowledge of taekwondo. They’re still considered new, but not as much as the white belts.

I earned my yellow tag and yellow belt (8th Geup):

Yellow belt students means to represent people who have a firm grasp of the basics. Still considered new, but have considerable experience already. The yellow on their belts is meant to signify the soil where the seeds of knowledge have been planted and are already sprouting.

I remember practicing Judo for a short time when I was Sam’s age, but until this past year, I have not practiced any martial art as an adult. What began as an experiment to get Sam into a sport has slowly grown into something that can now say I’m personally invested in.

Seemingly all of the sudden, we know some Korean, we are starting to know an increasingly complex series of techniques, and we look forward to practicing each week.

And we’ve gotten to this point with only practicing one hour, sometimes two at most, per week.

All of this is a great testament to our instructor, for sure, and it’s also a good reminder about sticking with something and putting in the work to practice it, no matter if it’s one hour a week or one hour a month.

Safe to say we’re proud of reaching this next level. Now we want to practice even more.

We’re lucky to have had this experience with a martial art, no matter what kind. We’ve got some momentum, let’s see where it will take us.