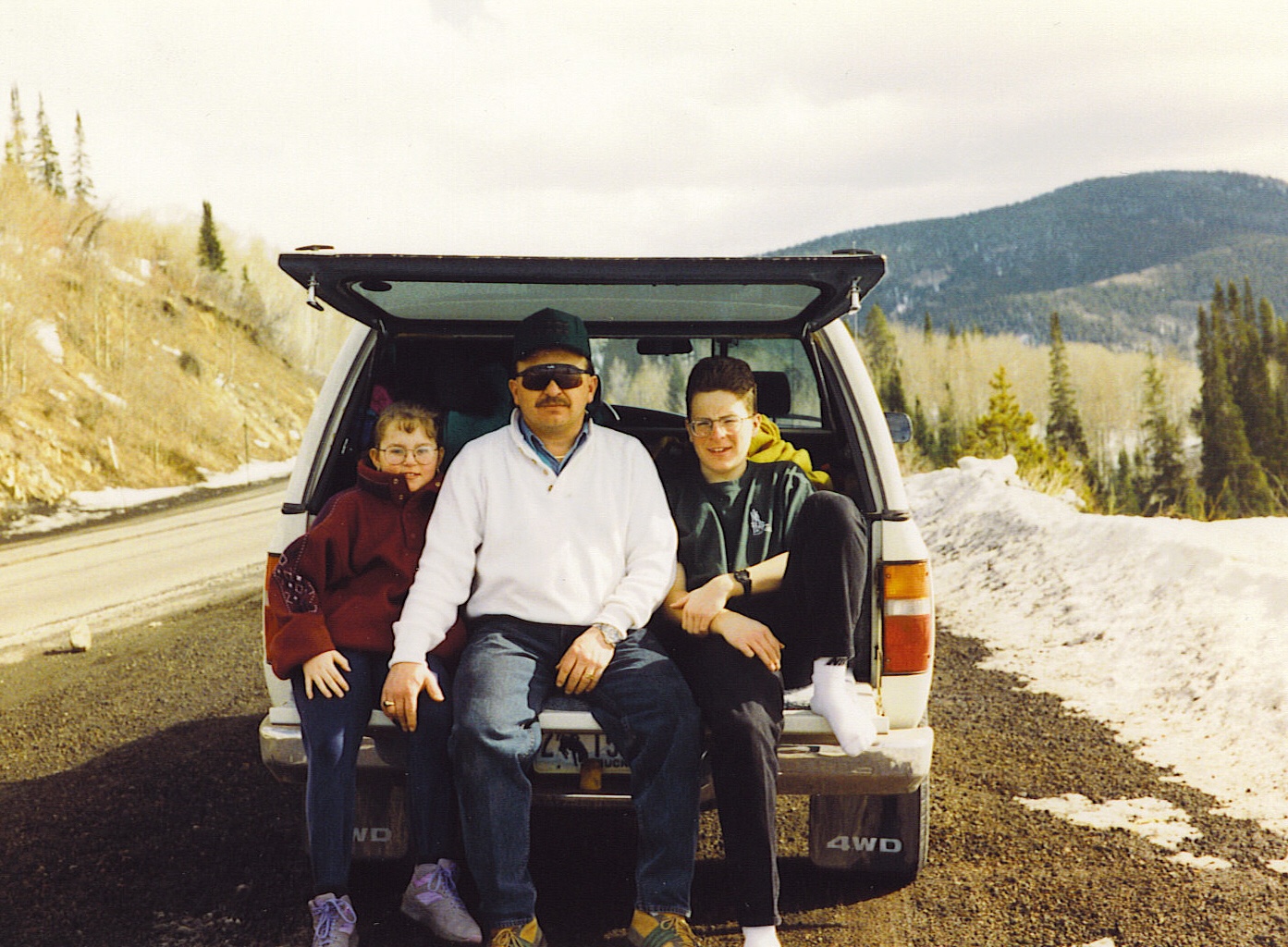 Thanks for always taking us outdoors Dad (happy Father’s Day)

It’s Father’s Day and I spent a big chunk of the day outside with the kids. It’s hard sometimes to get the kids out of the house (after all, the weather here isn’t always conducive) but I love it and try to make it a priority as much as possible. Anything outdoors > anything indoors. I learned this from my Dad.

My sister and I didn’t grow up in the countryside, we grew up in the suburbs, and I wasn’t necessarily inclined to want to go outside. I’d have been happy to play video games or sit and draw. Maybe it was partly because we were with my Dad a lot during the summer months, but my memory growing up is that he really lived outside, and, as a result, so did we.

On most days, if my Dad wasn’t working in his store he was outside; working in the yard, on a bike ride with us, walking the dog, shooting hoops with me, or, much of the time, simply sitting in the garden. Virtually all dinners were cooked outside on the grill for several months of the year. Even if the weather wasn’t great, it was clear that being in the garage with the garage door open beat being in the house.

Man, I loved sitting in the garage watching thunder and lightning and torrential rain just a few feet away.

On the rare occasion we did get out of the house for a little getaway, those excursions were outdoors. Fishing at the local reservoir. Camping at a state park. Skiing and sledding at a nearby mountain.

Most of the time though, being outdoors wasn’t part of anything special, it was just what we did. We rode our bikes to the Dairy Queen or Blockbuster video, we played fetch with our dog, and we stayed outside late at night to watch the stars (and swat mosquitos).

After many years growing up like this, being outside more often than not just felt normal. It still feels normal.

I probably enjoy being outdoors more than the average person. It’s one of the things I value the most. I hope I can pass this same value down to my kids.

Love you Dad, thanks for always taking us outside.