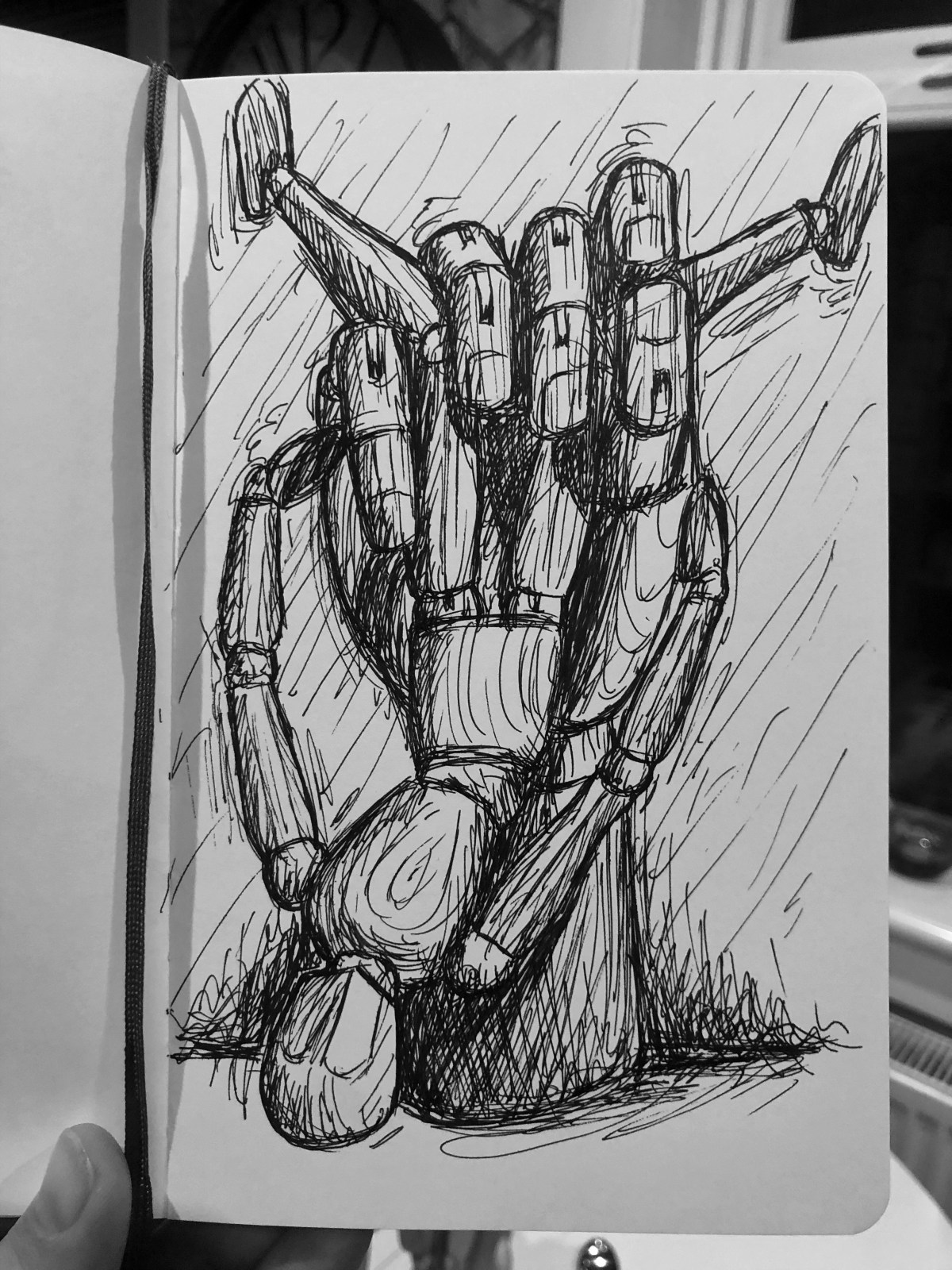 No comments on What I learned last week (#95)

“To me, complete rational logic tells me to be atheist about all of the Earth’s religions and utterly agnostic about the nature of our existence or the possible existence of a higher being. I don’t arrive there via any form of faith, just by logic.” (Tim Urban, Wait but Why Year One)

Fake it till you make it:

Our brains are trained to think and feel certain things that cause us to behave certain ways. Learned thoughts and feelings turn into learned behaviors.

Once we’ve learned these things, it’s difficult to unlearn them. We get comfortable in our routines and patterns. It’s hard for us to imagine a different reality or a new way of thinking. The thoughts we’ve practiced for so long solidify in our minds, practically becoming truths.

When you “fake it till you make it,” you’re showing your brain an alternative scenario—one that involves you thinking, feeling, and/or acting differently. You’re essentially giving yourself new evidence, proving to your brain that there might be a different way to look at things.

The more you practice thinking in new ways, the more you’ll start to “unlearn” the harmful thoughts that have been holding you back so that you can move forward with thoughts that truly serve you. It won’t happen overnight, but it will happen over time.

Reminds me of something Derek Sivers said on a TF podcast about how he was never a confident person until he started just trying to pretend he was confident and all of the sudden he realized he could be that way if wanted to.

This bit about meetings is so true.

A great meeting has three key elements: the desired outcome of the meeting is clear ahead of time; the various options are clear, ideally ahead of time; and the roles of the participants are clear at the time. …I think that’s the single largest source of optimization for a company: the makeup of their meetings. To be clear, it’s not about fewer meetings because meetings serve a purpose. Rather, it’s key to improve the meetings, themselves. A lot of my efforts focus on teaching people this framework. Ironically, I find that most people are just challenged by that stuff.

I appreciated this part about Elon Musk and learning as well.

One time, I listened to this interview with Elon Musk. Everyone walked away with the reasoning from first principles. That’s not the mental model that I took away from what he said.

I actually took away the mental model where learning resembles a tree: you see the trunk, you see the branches, and you see the leaves. When I set out to tackle something – to solve some problem or create something new – in the beginning, it just seems insurmountable. When you enter a new field, you don’t know anything; you don’t even know what people are talking about! It sounds like it’s a foreign language that people are speaking. But, I know from my experiences – going back to my five year-old self – that if I just persevere, if I keep going in this direction, eventually I’ll start seeing what resembles a branch or a trunk, and then a leaf or two, and then I can start putting them together. Eventually, I’ll see the whole tree. I just know that’s the process. I try to repeat it often enough so it becomes a habit.

It’s not about you:

A thought-provoking list arguing for and against the thought that people are getting stupider in recent times.

My favorite arguments that this is NOT true:

7. People ordinarily use different modes of thinking in different communications contexts. In some, finding the truth is important and so they use rational intelligence. In others, decorative display, ritual, asserting dominance or submission, displaying tribal allegiances, etc. are more important and so they use modes more appropriate to those things. It’s not that people are getting stupider, but that these non-intelligent forms of communication (a) are more amplified than they used to be, (b) more commonly practiced than they used to be, or (c) are more prominent where I happen to be training my attention.

8. I am acquiring greater wisdom with age as I ought, but the average age of the typical person I encounter stays the same so they cannot keep up. I’m noticing the contrast increasing but misattributing it. (David Wooderson effect)

My favorite arguments that this IS true:

10. Stupid choices used to reliably have undesirable results; now there is more of a disconnect where people are shielded from the results of their stupid choices, or even rewarded for them (man lights himself on fire in an easily-forseeable misadventure, becomes YouTube legend). So people may be appearing stupid not as a result of being stupid but as the result of a perverse cost-benefit analysis. People are no dumber than they used to be, but for [reasons] it has become advantageous to display stupidity and so smart people sometimes mimic idiocy so as to reap such advantages. The smarter they are, the quicker they caught on to this and the better mimics they are, so this makes it look as though the smart people are being replaced by morons, when really it’s more a matter of camouflage.

11. The way we educate children went seriously sideways a while back, and so, yeah, stupid happened.