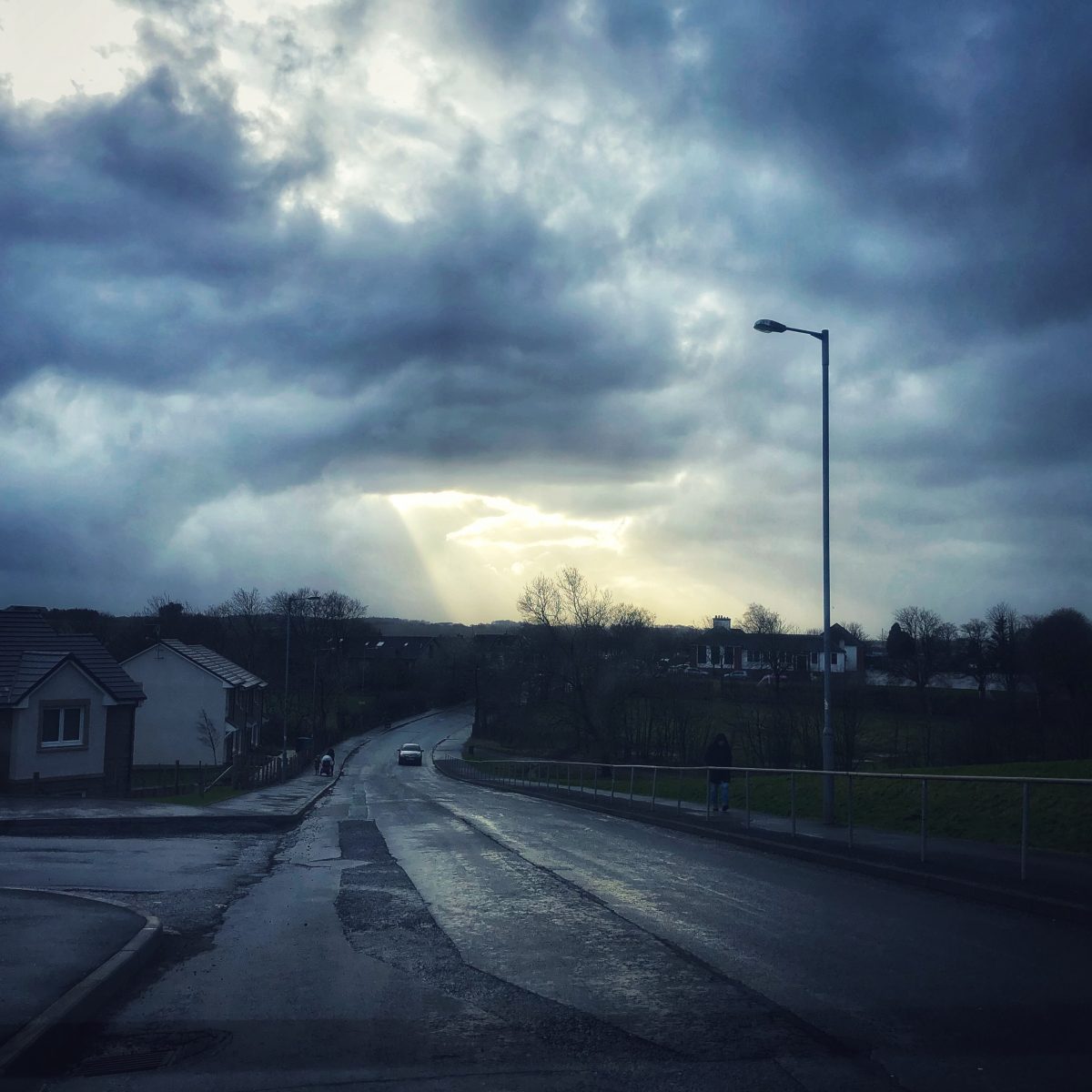 What happens to Google Maps when tectonic plates shift:

Things obviously get more interesting during earthquakes. “What the earthquake would do is the equivalent of what you do with a pair of scissors, if you cut diagonally across a map along a fault line and then slid one side of the map with respect to the other,” Hudnut said. For instance, in Google Earth, go to the following coordinates north of Palm Springs, near the epicenter of the 1992 Landers quake: 34.189838 degrees, –116.433842 degrees. Bring up the historical imagery, compare the July 1989 and May 1994 images, and you’ll see a lateral shift along the fault that runs from the top left to the bottom right of the frame. The alignment of Aberdeen Road, which crosses the fault, shifts noticeably. The quake displaced the land near the fault by several meters.

PS networks can even see earthquakes in real time. A dramatic video of the 2011 Tohoko quake, made by Ronni Grapenthin at the University of California, Berkeley based on data from the Japanese Geospatial Information Authority, shows the coastline near the quake site move horizontally by as much as 4 meters. The video also shows the waves that rippled outward over Japan (and indeed the world).

Personal websites are the backbone of the independent Web of creators. Even after all those years, they remain a vital part of what makes the web the most remarkable and open medium to date. We shouldn’t take this for granted, though. If we don’t pay enough attention and care about the open web enough, we might lose this valuable asset. So let us protect the Web as a source of inspiration, diversity, creativity, and community. Let us maintain what we have and work together to make this little part of the magic of the Web sparkle even brighter. Let us help new members of the community to start their journey. Let us build, prototype, publish, and connect.

This obviously hits close to home and a big reason why I’m happy about doing the work I’m doing now.

Success isn’t about being the best. It’s about always getting better.

“You always have three options. You can change it, you can accept it, or you can leave it.” (Naval Ravkant in Tools of Titans)

I am trying to pay attention to signs of life in front of me:

Notes from a first trip to Amsterdam:

One of the most useful bits of advice I ever got, came from the writer Anne Herbert who said that whenever she got an invitation to do something months away or even a week away, she asked herself whether she would accept the gig/meeting/task if it was tomorrow. The answer was often no. I use that immediacy trick all the time, and it has served me very well.

Both the message of this post and the image of stars that you can zoom in and out of is amazing.

Something I’m grateful for last week:

My time with my friend in a foreign city for two night, even though it was short and I was anxious to get home, it was better than good