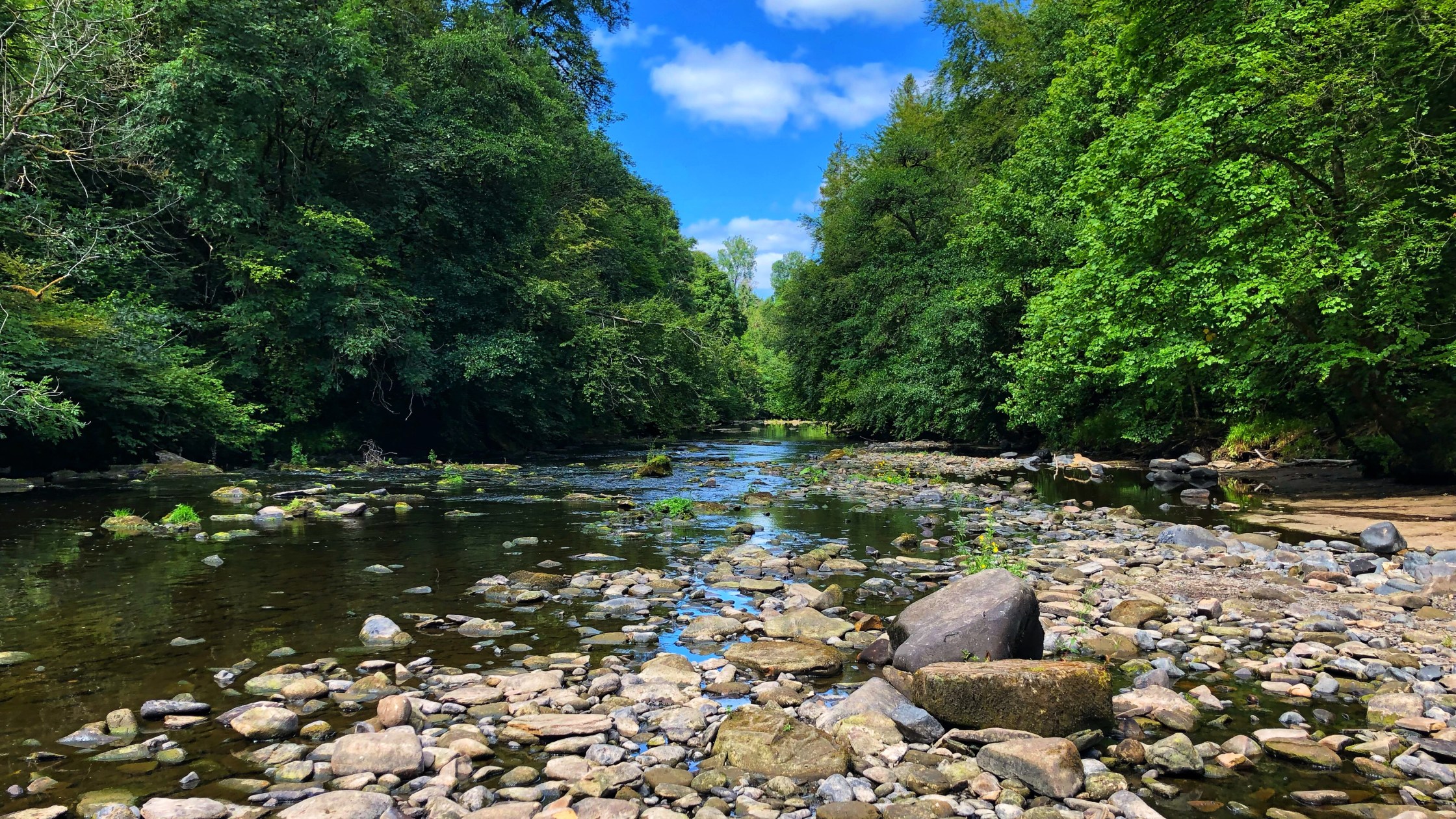 A walk about Chatelherault

Adopt the pace of nature, her secret is patience.

There isn’t much I like more than a good walk outdoors. It’s one of my favorite things to do with the family and a surefire way for me to feel better about, well…everything. We’ve recently been feeling more than the usual amount of stress and uncertainty about what we’re doing (in Scotland, in work, in life). In other words, we need to get out of the house and out of our heads more than normal.

Thankfully, Scotland has a lot of “country parks” (40 in total it looks like), which are somewhere between the city and state parks that I was used to going to in the states. Lots of trees and trails and open space.

The main difference between the parks I grew up going to and these in Scotland is that the country parks here have oak trees that “have been dendrochronologically dated back to the mid 15th century, making them approximately 600 years old”, white cattle that are “descendants from the original herd which have roamed the ancient meadow and parkland for hundreds of years” and are not native but thought to be “brought over from Europe by the Romans” and castle remains like that of Cadzow castle, which ” there remains a mystery as to the exact date of construction but indications imply that there was royal residence of some sort between 1139 and 1234.”

At least that was what we were walking amongst at Chatelherault Country Park this past week. Within this massive park and massive history, we walked and walked and walked. The park is huge with long trails circling the gorge surrounding the Avon river below. It’s a place that can’t be taken in quickly.

We took our time.

We all felt better.

We’ll be back again soon.

In the midst of this flow, I’m aware of myself as one tiny piece in the gigantic mosaic of nature. I’m just a replaceable natural phenomenon, like the water in the river that flows under the bridge toward the sea.

Map of where Chatelherault Country Park is, south of where we are based just north-east of Glasgow.

A few pics of the fam from the walk:

Finally, a little art inspired by the river Avon:

One response to “A walk about Chatelherault”