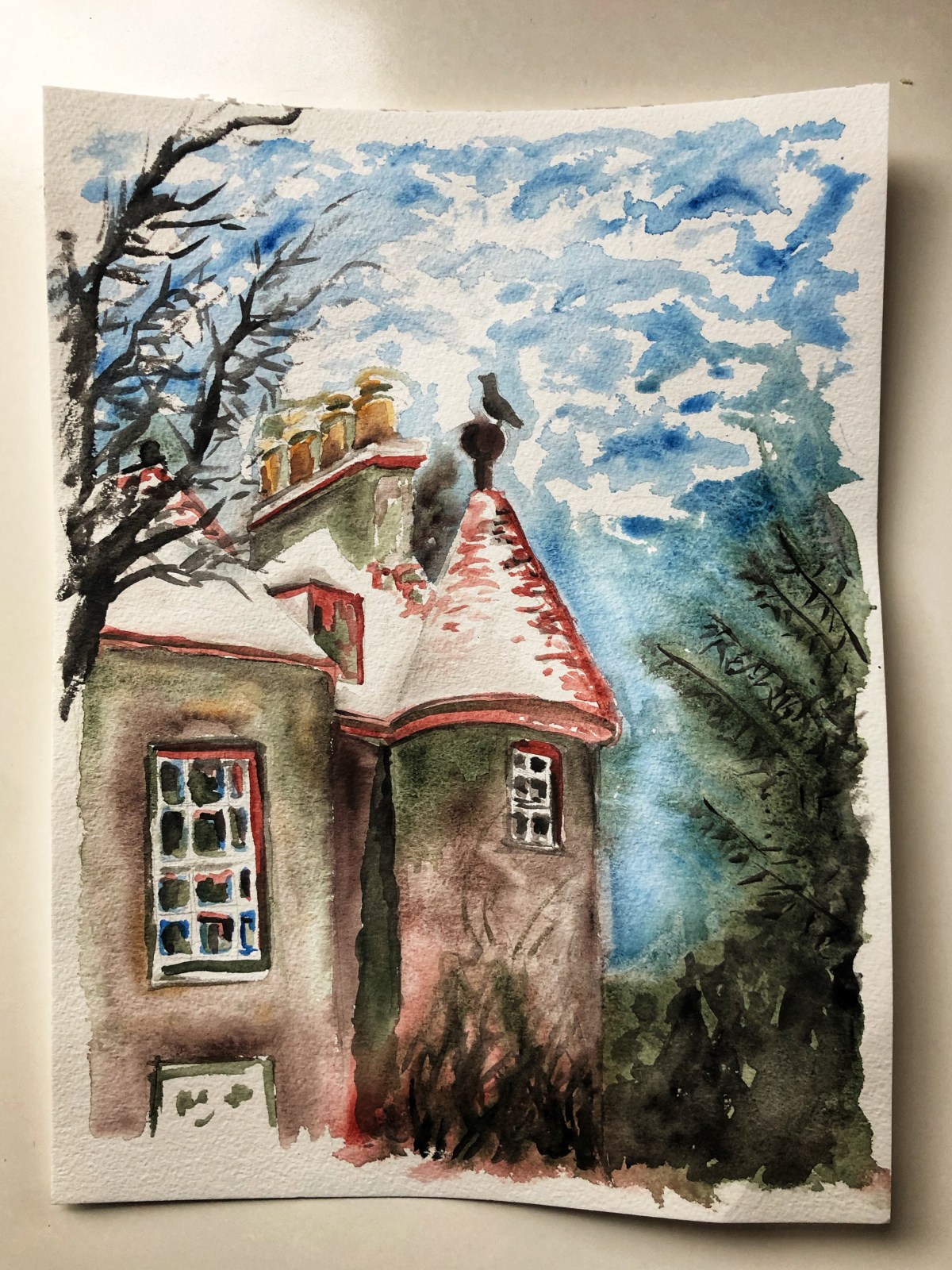 Quote I was thinking about this week:

Nothing is particularly hard if you divide it into small jobs.”

New icebreaker questions I am going to use this week:

What topic do you wish was a college major but isn’t?

Have you ever had an Internet friend?

I would modify that one — because I assume everyone would answer yes, right? — to ask who is the best Internet friend you’ve ever made. (Could be someone you later met IRL, or an Internet-only friend. At this point I can think of lots.)

Found in a recent Art of Noticing newsletter

This seems to fit sharing this week given the fact that we had our first really solid bit of snow (10-12 inches) in Scotland and it stuck around all week.

Play with The snowflake generator from viviariums.com

I don’t agree with this entirely, but there is some truth to be had here. I’m not really on LinkedIn any more at this point, and am more of a fan of owning your own little slice of real estate online, but am not mad at it.

LinkedIn story-telling, driven by Rockstar Recruiters and other job provisioners, has evolved, as work has evolved. Browsing LinkedIn several years ago revealed the same line-by-line storytelling, but anecdotes that were thematically different. Then, the pendulum of storytelling swung toward hustle culture. Timelines were filled with team-building entrepreneurs doing their best Gary Vaynerchuk impression, imploring their followers to work more, try harder, and eat shit to get ahead.

Recruiters were gatekeepers who used LinkedIn to share the best ways to lose access to them and get your resume thrown in the digital dustbin. While this brand still exists on the platform, it’s dwarfed by the new era of micro storytelling—empathy is trending. Now, the platform’s viral stories are about “bringing your whole self to work,” self-care, and finding work-life balance in a busy world. In light of how work has changed because of the pandemic, micro storytellers instruct us on having compassion for colleagues behind the screen, and the dangers of burnout with remote work.

Given the accompanying economic downturn and the increased pressure when it comes to job searches, recruiters are selling HR as friends of the downtrodden, willing to look past less job experience and unbrushed hair when it comes to assessing candidates and giving them the coveted offer letter. In fact, they even prefer it! In the Land of LinkedIn, the young, hungry, and stupid are always better bets than the polished, professional, and competent. LinkedIn is filled with these stories about work –– real, exaggerated, and imagined.

Starting up and shutting down:

What if, instead, just for a week, the last thing we did was make a list of exciting opportunities for the future? And if the first thing after waking up was doing some morning pages and jotting down what we’re looking forward to?

Read The last thing and the first thing from seths.blog

How to be lucky:

I really like the second part of this article where some of the practices for being lucky are described. It’s all about your mindset!

Employ daily serendipity practices. There are simple tools that can further help you notice, maximise and exploit serendipity in your daily life. For example, there’s the ‘serendipity hook strategy’ (whenever you meet someone new, cast a few hooks – concrete examples of your current interests, hobbies and vocation, thus maximising the chance you and the other person will latch on to common ground and shared passions, triggering serendipity). Similarly, you could practise asking questions differently (eg, ‘What are you most interested in at the moment?’ instead of ‘What do you do?’), which will again maximise the opportunity for serendipitous connection.

Read How to be lucky from psyche.co

What the Earth could look like based on past conditions a long (long, long, long) time ago:

Fascinating set of “jumps” back in time and really well written. I had no idea for example that it is an anomoly in geologic terms to have any ice on the planet at all, let along an entire continent covered in ice!

In 2021, we find ourselves in an unusual situation: We live on a world with massive ice sheets, one of which covers one of the seven continents and is more than a mile deep. For most of the planet’s past, it has had virtually no ice whatsoever. The periods of extreme cold—like the ultra-ancient, phantasmagoric nightmares of Snowball Earth, when the oceans might have been smothered by ice sheets all the way to the tropics—are outliers. There were a few other surprising pulses of frost here and there, but they merely punctuate the balmy stretches of the fossil record. For almost all of the Earth’s history, the planet was a much warmer place than it is today, with much higher CO2 levels. This is not a climate-denying talking point; it’s a physical fact, and acknowledging it does nothing to take away from the potential catastrophe of future warming. After all, we humans, along with everything else alive today, evolved to live in our familiar low-CO2 world—a process that took a long time.

As for fauna, we’re now so distantly marooned in time from our own world that most of the creatures that inhabited this leafy planet range from the flatly unfamiliar to the uncannily so. There were big cats that weren’t cats, and rhino-size “hell pigs” that weren’t pigs. There were sloths that lived in the ocean and walruses that weren’t related to today’s walruses. Earth’s largest-ever meat-eating land mammals, African juggernauts like Megistotherium and Simbakubwa, not closely related to any living mammals today, tore early elephants apart with bladed mouths.

Read The Terrifying Warning Lurking in the Earth’s Ancient Rock Record from theatlantic.com

The earth’s crust is fluid and dynamic:

Related to the topic of geology, check out this video of the plates moving over billions of years:

Read A billion years in 40 seconds on phys.org