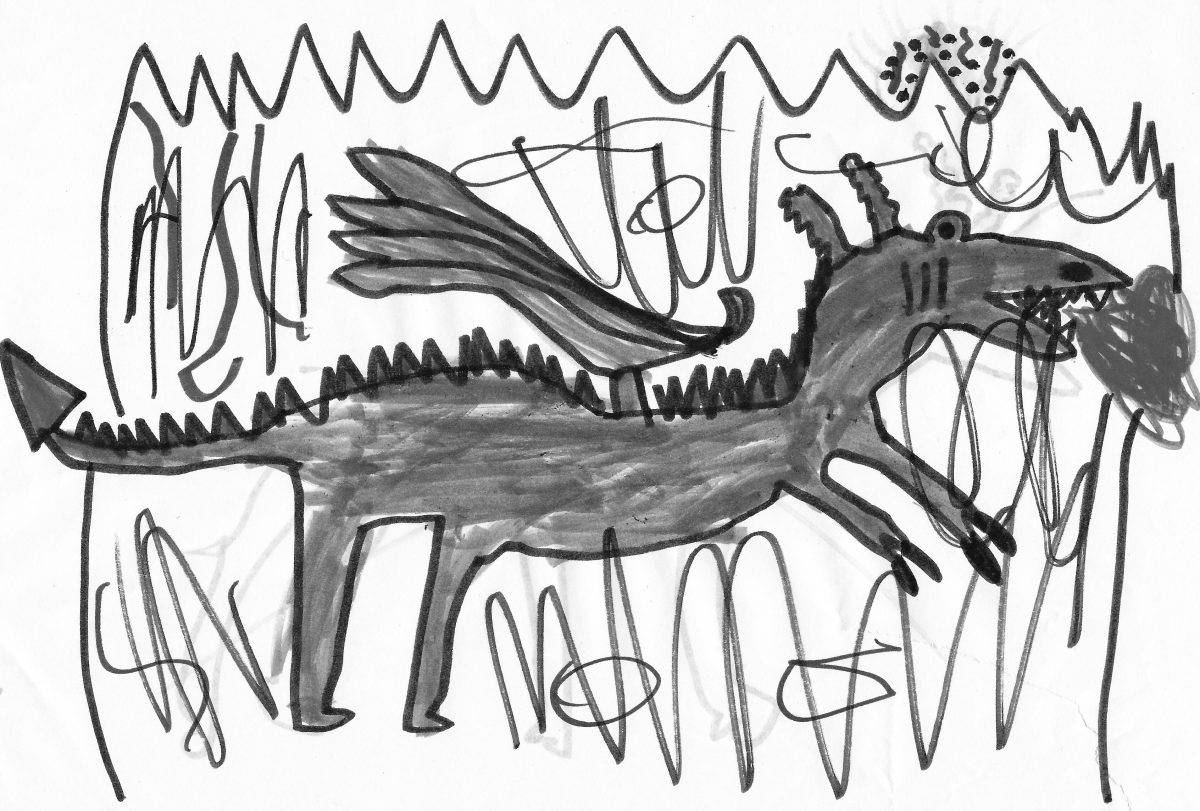 No comments on What I learned last week (#43)

When in doubt, tidy up. I did a lot of tidying this week as I find myself with some extra time off. The doldrums of the typical afternoon require that I do something with my hands to get unstuck and moving stuff around is a great antidote. Just remember, we don’t have to keep our spaces neat and tidy, just keep them ready for when we want to work (or play). That often means leaving things out, at the ready.

Rules of the studio from Austin Kleon and Kanye West: This inspired me to try doing some “studio time” at home, earmarking an hour (or however long it would last) for creating art with the kids. I want to expand it to include collage and sculpture, but for this first one we just had pens and pencils. Here are a couple of the outputs:

A book from Hemingway that was release posthumously: Islands in the Stream. I am in little bit of a reading rut and have been reading a lot of nonfiction on developing (good) habits and philosophies of life. This seems like a good antidote.

The first of Hemingway’s posthumously published novels (1970), Islands in the Stream was found by Hemingway’s widow after his death. Beautifully descriptive, he weaves together many of his signature narratives – love, loss, longing, adventure, and war. In three stories, Hemingway takes us through decades of the life of artist Thomas Hudson, in a semi-autobiographical depiction that begins with the joys of fatherhood and fishing before moving to suspenseful Nazi submarine hunting. This book has something for everyone, and is a worthwhile read for those only familiar with Hemingway’s more popular and earlier works.

What Works and What Doesn’t by Steven Pressfield:

The only thing that allows me to sit quietly in the evening is the completion of a worthy day’s work. What work? The labor of entering my imagination and trying to come back out with something that is worthy both of my own time and effort and of the time and effort of my brothers and sisters to read it or watch it or listen to it.

A Guide to the Good Life, William B Irvine