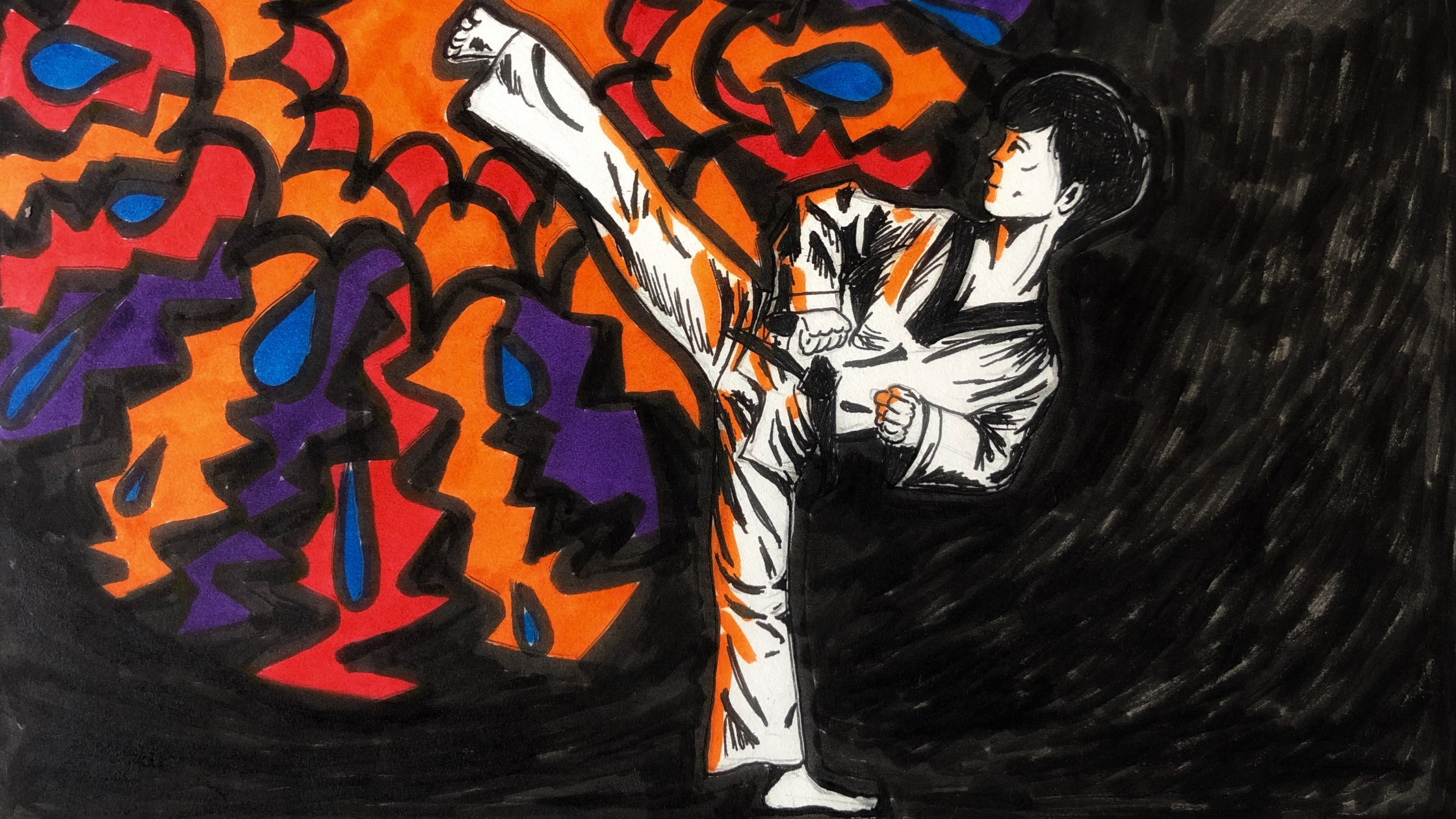 Later this month, Sam and I are participating in our first grading in Taekwondo. We’ve been practicing for almost exactly a year now, so we already feel like we’re beyond our white belts, but have missed an opportunity to test our level until now. After joining the Taekwondo class as a way to get Sam into his own sport separate from his sister (rather than a deliberate attempt to learn a martial art), it’s become, over time, something both he and I have taken more seriously and have loved to do together. Now we need to take it up a notch.

So, while nursing my sickness over the weekend, I started to get us some study materials together.

In addition to knowing our basic moves, stances, and patterns, we also need to know how to say them all in Korean and know a bit of the basic theory as well.

The two exercises we’ll need to know for our yellow-tag belts are:

The pattern I’ll be doing to go for my yellow belt is:

CHON-JI – Heaven and earth, the first pattern in TKD. 19 moves.

I’ve always been curious about martial arts but the bar to entry has always seemed too high and my self-consciousness about my lack of ability too strong a deterrent. It took going with my son for fun to realize it can be just that: fun, a bit of exercise, and of course much more.

Practice is key to martial arts, but the funny thing that I’ve been learning (or being taught) is that it isn’t about doing the techniques exactly as someone else does, but finding the way your body can move to achieve the desired end. You copy to develop your own version of the style.

Of course, I have yet to find that style and we better do our best to try to copy the lessons we’ve been given. The grading is in three weeks.

We’re not sure what to expect but we’ll be ready.