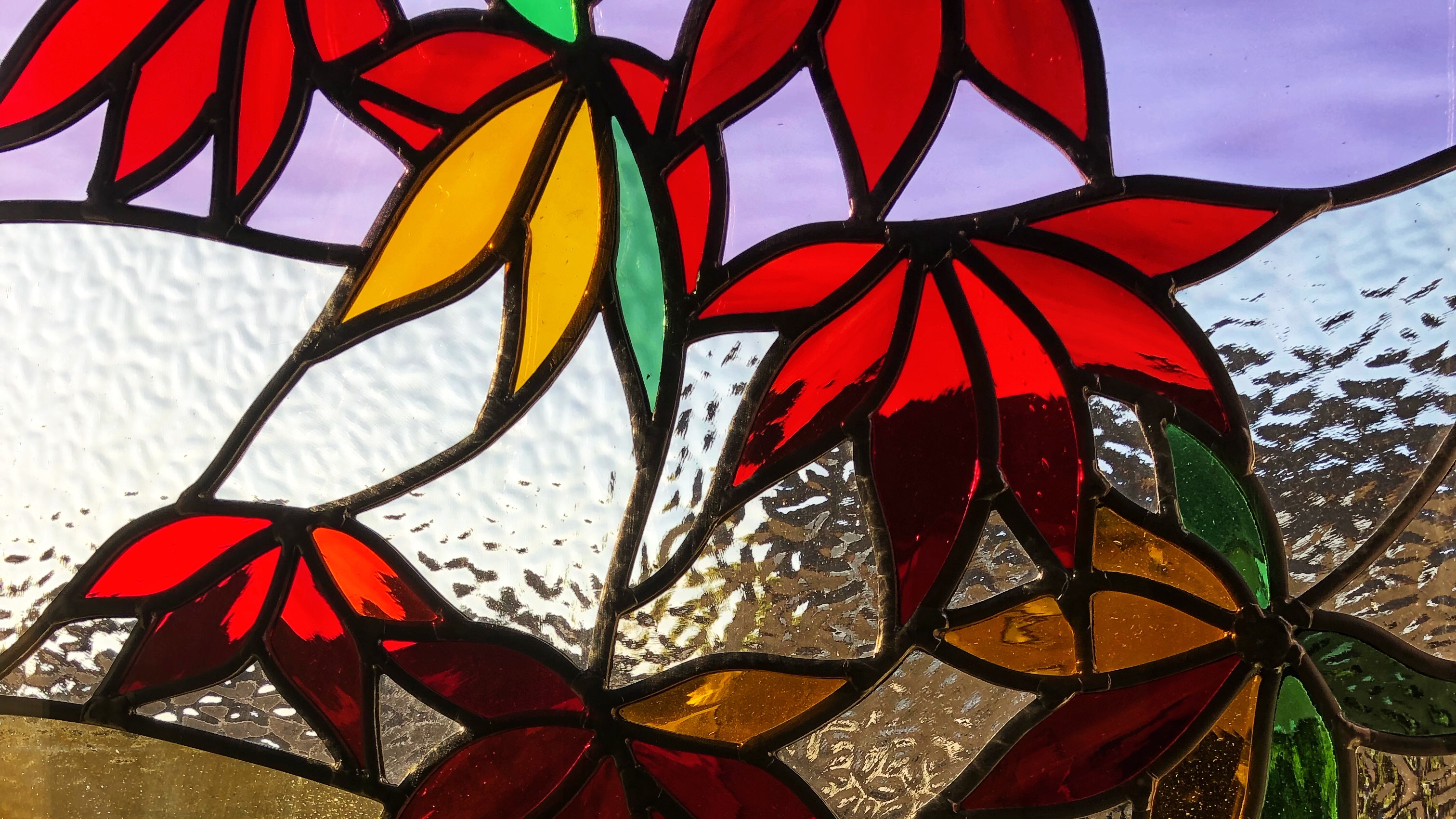 After many weeks of small and incremental work, something exciting and positive happened on the house renovation front. More specifically, a very special window finally happened.

If you’ve been following our house renovation you know that “exciting and positive” are two words I’ve never used when describing the project.

So we’re enjoying this bit of progress. A lot.

Kav and I came up with the idea for a custom “feature” window in stained glass when we originally drafted our house renovation plans. We worked with an artist in England to design it. We had to take a special road trip to pick it up.

This week the window was finally installed and it looks rad!

The window almost didn’t fit into the frame, as the sizing was done incorrectly by our builder (shocking!), which reminds me to insert a PSA here: don’t let a general builder install your windows. Get them installed by a person whose actual trade is installing windows.

Anyway, an actual professional window installer got it to work and also did a bunch of less-flashy work to finish the windows and doors off properly and make them watertight, which I’m almost just as excited about as the stained glass.

Still a lot of work to do. Now if I only had gutters and downspouts and a sealed roof. All that’s (hopefully) next.