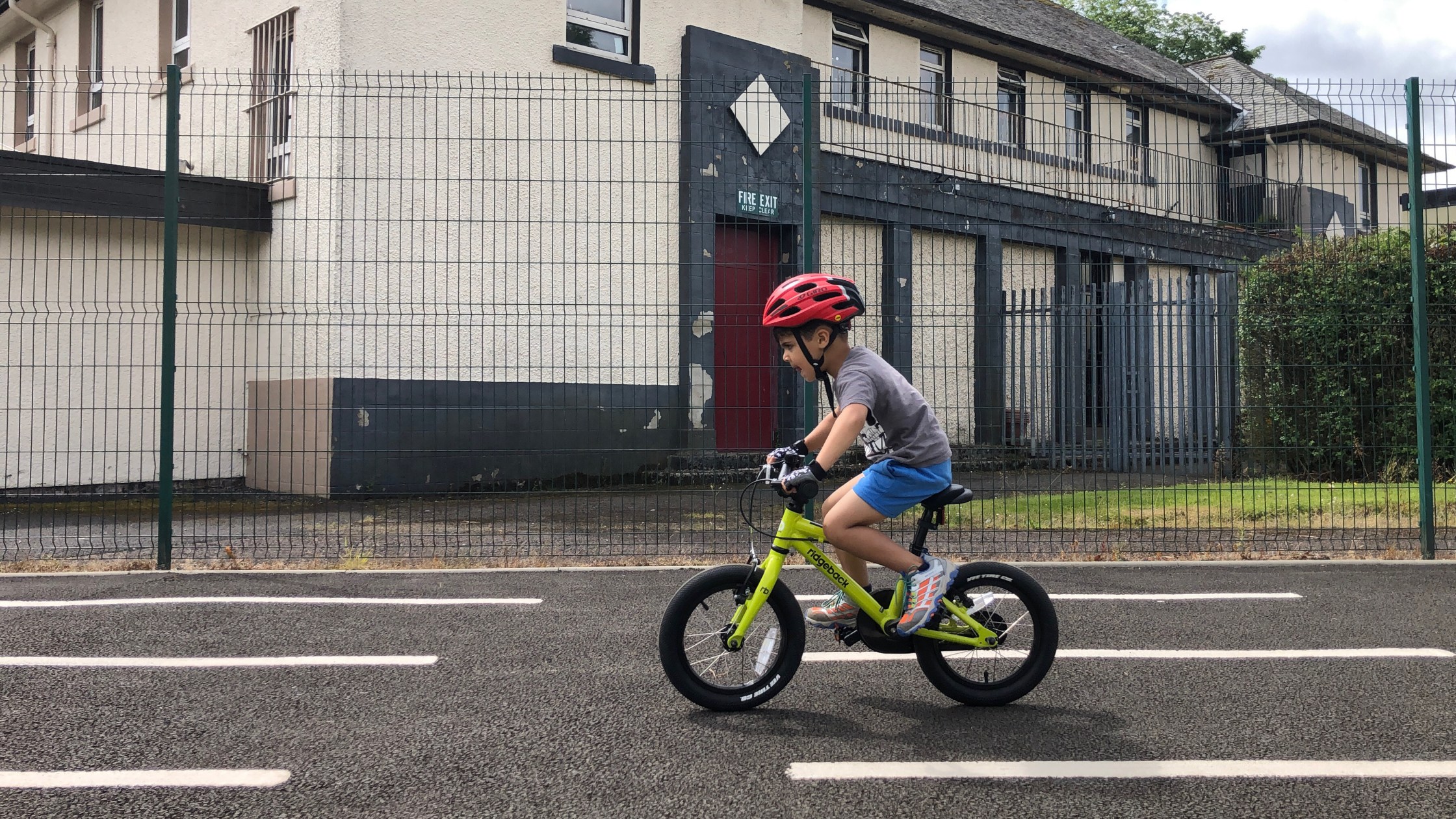 There are few things like learning to ride a bike. The process is different for everyone, but the way it suddenly “clicks” and you go from not being able to balance, pedal, and steer to being able to do all those things, and never forgetting it again in your life, is magic.

This past week, I taught Sam to ride his pedal bike. He’s only four and a half but is very athletically inclined and has been ready for the leap from his tried-and-true balance bike for a while now. He just hadn’t realized it until now.

It seemed pretty scary to him.

“I don’t think I’m ready for the pedal bike yet” he would say for the past several months, but I knew he was ready.

Case-in-point: it took only one 20 min session with me running alongside him, crunched over while holding his seat, until he got the knack of not looking at the pedals and steering on his own. Ten minutes later, I was able to let go entirely.

Me (while running and panting): “There you go, you got it.”

It took only one more session before he was doing this:

There are so many lessons bundled up into the single act of learning to ride a bike.

It is too complicated to think about (moving pedals, balancing, steering, starting, stopping, looking around); you just have to feel it.

It is too daunting to do it alone; you need to rely on and trust someone else to teach you (and make sure you don’t crash).

Once you get through those initial few moments, you realize that the fear was much worse than the actual experience of trying.

Once Sam felt what it was like, that was it. He was so determined to do it that I could almost not keep up, even if I wanted to.

Of course, there are lessons for me in teaching my kids to bike. I’m helping them become independent. Teaching them to move on their own and away from a reliance on me.

If I feel like I can barely keep up with Sam after 20 minutes now, imagine how far away he might be in 10 years.

I’ll do my best to get a lot of mileage out of this lesson in the coming years. Too scared to try that football practice? Remember how much you like biking now and were scared to try it then?

Yeah, I’ll probably be pretty annoying to my kids in this way.

Off you go then Sam.