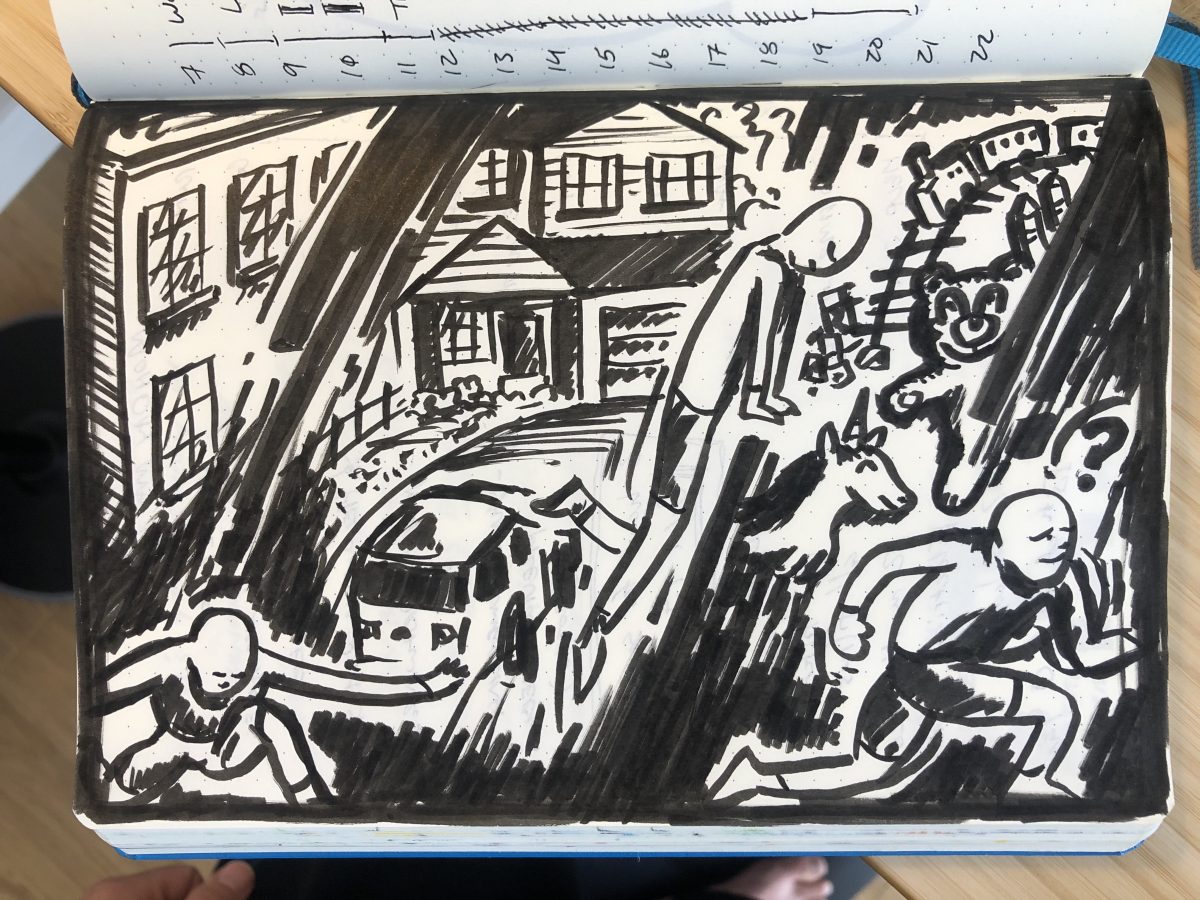 Advice from a caterpillar:

A beautiful little thought relating to the current state of things from Austin Kleon.

Some thoughts on how I can make difference:

Here are a few things that made me think about how I can be more engaged and active in what’s going on in the US, and in a broader sense in my own community and life here in the UK.

First, this piece by Seth Godin summed up my feeling and gave me a kick:

When a problem appears too large, too intractable and too unspeakable to deal with, it’s easy to give up.

There never seems to be enough time, enough resources or enough money to make the big problems go away.

Perhaps we can start with a very small part of it. One person, one opportunity, one connection.

Drip by drip, with commitment.

Those are the two hard parts. The insight to do it drip by drip and the persistence to commit to it.

Next, this great resource from the company I work with provided some concrete examples of small (and big) things that I can do, now.

Finally, this brief essay from Tyler Cowen made me think about how getting informed is the first step towards making an impact.

Your next course of action might be to familiarize yourself with policing issues. There is a whole host of questions about policing and how it might be improved. For instance, should there be more female police officers and police chiefs? Should officers be required to live in the same communities where they work? How might police training be improved, and should there be greater access to psychological care? Have police unions grown so strong that they can protect “the bad apples” from facing the appropriate charges and tribunals? If so, how might they be reformed? How should outside monitors of police behavior be organized and funded? Should policy and incentives be changed so that police officers are less focused on making such a large number of arrests?

Disney art that looks better than the original:

Looking at these magical Disney scenes it’s hard to believe that these are actual paintings and not digital illustrations. They’re the work of American artist Thomas Kinkade, who was the master of chiaroscuro, a painting technique using light and dark contrasts to create a sense of drama and the illusion of volume. That’s why it looks as though your favorite childhood characters could come alive any second and step through the painting to greet you.

I am by no means a “writer”, but I have endless appreciation for the craft. This snippet grabbed me instantly but the interview in full made me want to read more of James Baldwin’s work. Powerful stuff.

“An essay is not simpler, though it may seem so. An essay is essentially an argument. The writer’s point of view in an essay is always absolutely clear. The writer is trying to make the readers see something, trying to convince them of something. In a novel or a play, you’re trying to show them something. The risks, in any case, are exactly the same. … Most of the rewrite, then, is cleaning. Don’t describe it, show it. That’s what I try to teach all young writers—take it out! Don’t describe a purple sunset, make me see that it is purple.”

Courtesy of the fs.blog newsletter.

Why astronauts get net nervous on the launchpad:

Once in orbit, and mission after mission, the Shuttle operated near-perfectly – a remarkable, versatile and, frankly, beautiful spaceplane. It enabled the launch and servicing of Hubble, the assembly of the International Space Station and countless space firsts. But the combination of a Shuttle strapped to a giant fuel tank and two solid boosters with no means of escape if something went wrong was a fatal design flaw, making every launch all the more perilous.

First time cooking with Jackfruit on a quest to expand taco night into new territories and loosely followed this recipe to create a great jackfruit and kidney bean dish that would be perfect in a tortilla, over rice, or in nachos.