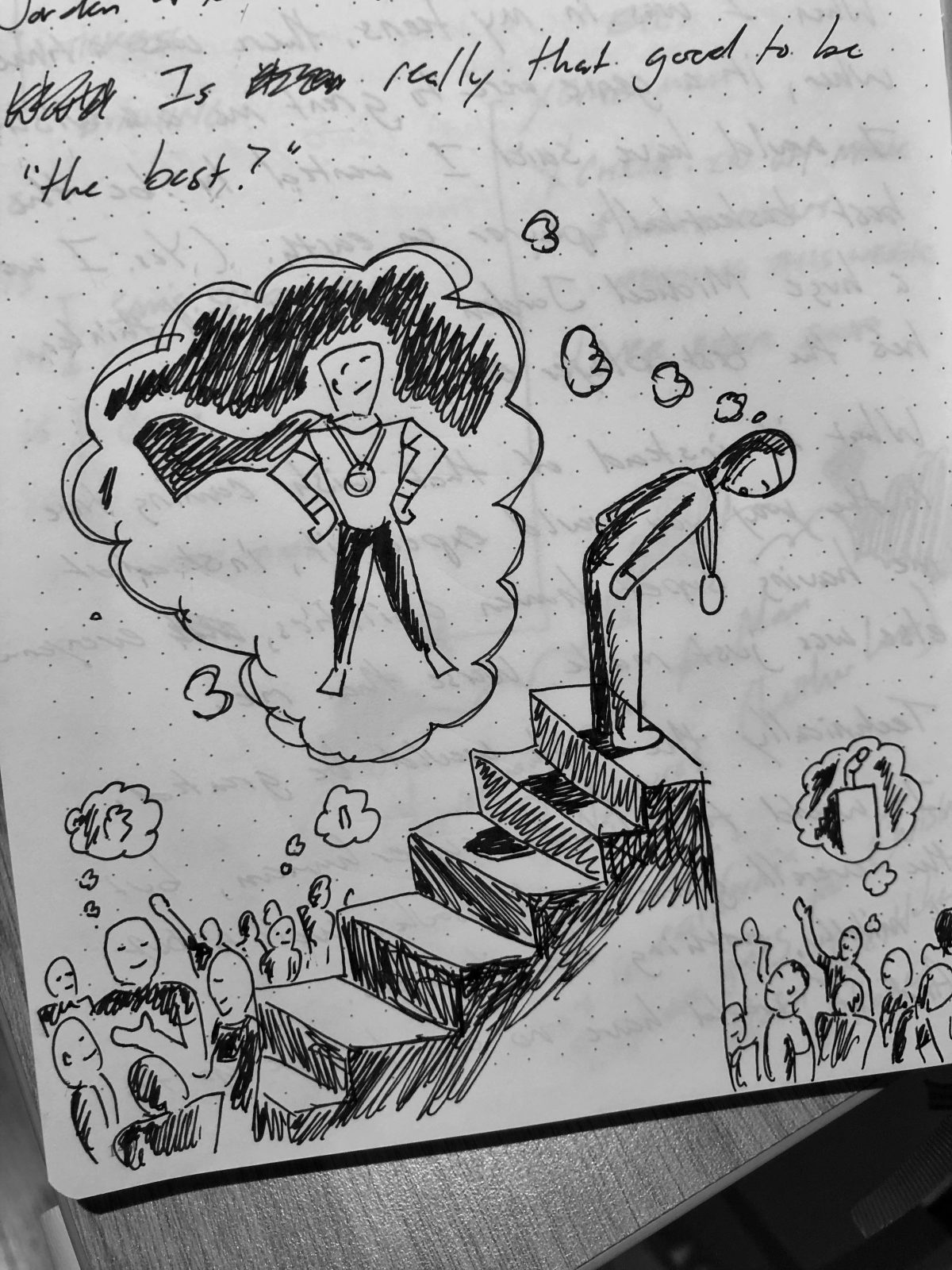 Ok, thought experiment for you: If you had a few wishes to burn, would you want to use one of them to become the best in the world at something?

Twelve-year-old me would have taken that wish in a heartbeat to become the greatest basketball player in the world (I was, and still am, a maniacal fan of Michael Jordan). I would like to think that later-in-life me would also take it to be something a little more practical and altruistic, but, if I was honest, it would probably be something similarly grandiose and not all that useful to solving world problems.

Anyway, most people think that if my wish was granted I would be given near superhuman jumping capabilities and a near flawless ability to shoot over any outstretched arm (which, being one of the shortest and least fit kids in my school at the time, would have been a sight).

But what if, instead of me gaining basketball superpowers, everyone else lost theirs? If everyone had their abilities stripped away to below my level, the wish is still granted, technically I’m the best! Of course, there would be no more dunking and barely anything but long range jumpers and layups (right-handed only of course) would take place in a given game. It would be ugly, and everyone might think that, gee that’s pretty cool that guy can do a perfect (right-handed) layup every time, because we can’t, but how boring is this?

It feels like a lot of people who want to be the best at something would be totally fine with this type of outcome. It’s not about raising the baseline or “the love of the game”, but about making other people feel that they are less by showing them how much better they are.

Sports are an easy analogy but you can see it politics, business, your workplace and even your local school parent group or club. It’s easy to spot. Look for the loudest ones, the ones that always seem to be critical of others, seemingly unwilling to admit a mistake or be open to changing their mind.

The trouble is that in many cases we’re incentivized not to make the sport, a company, or a group of people better, but to show that we are better than someone else. This is all too common in the typical performance review/bonus allocation process in place at many big companies that encourage competition, but you can also simply observe it in siblings who want to earn favor with their parents. My daughter could teach a master class. In the end though, this type of behavior just ends with crying (adults and kids alike).

What if, instead of wanting to be the best player, you wanted to create the best game? Or the best product? Or even just the best family dinner?

By working on raising the baseline for everyone you will become better, and maybe the best, because being the best requires that you make everyone better.